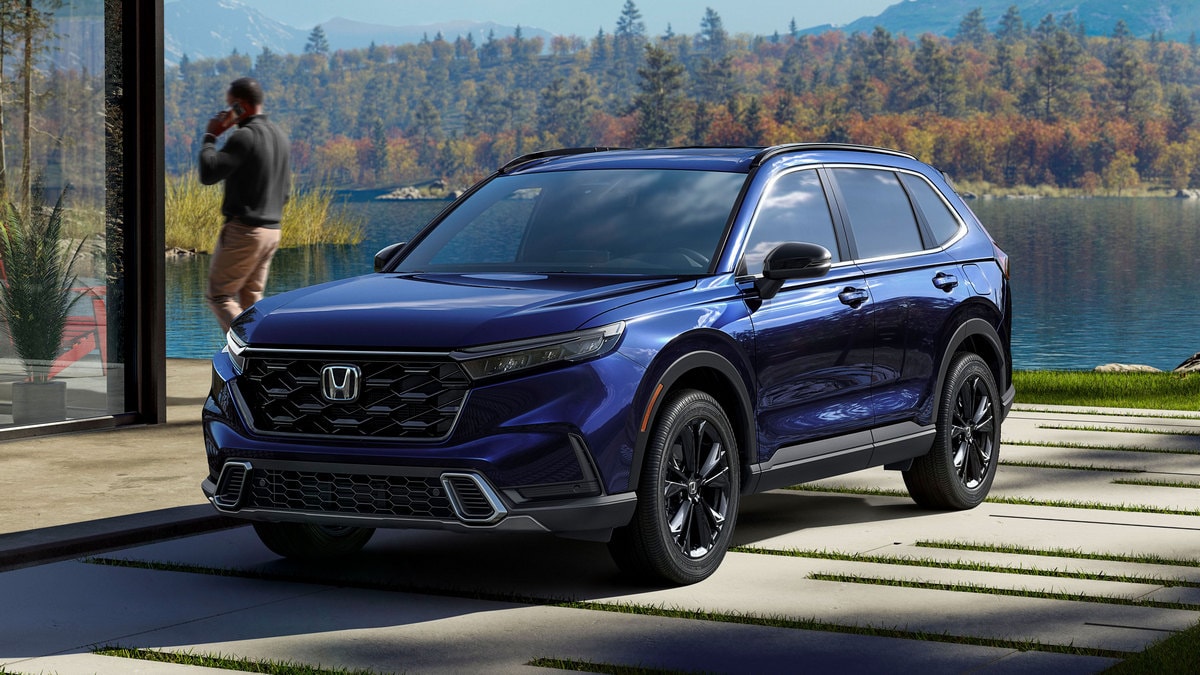 Since America first fell in love with compact SUVs, the Honda CR-V has been one of its favorites — consistently in the top two.

For 2023, Honda has reinvented it. The 2023 CR-V is all new, with a handsome design that looks more sophisticated inside and out than prior versions. Indeed, it looks more refined than anything else in its class.

For the all-new CR-V, Honda took a new approach to trim levels. The two least-expensive models use a conventional gas-powered engine. The two more expensive trims use a hybrid system.

Front-wheel drive (FWD) is standard for all but the highest trim level, with all-wheel drive (AWD) available as an option.

Because the CR-V is all new, and its trim level system is a new approach for Honda, it’s not easy to predict which one buyers will choose most often. But, in the early months, the EX trim was the best-selling edition.

It’s the least expensive version, though it’s not the bare-bones “base model” you might be imagining when you hear that.

Honda dropped the spartan LX model from the lineup for 2023. So even the least-expensive CR-V is well-equipped.

Let’s see what it has to offer. 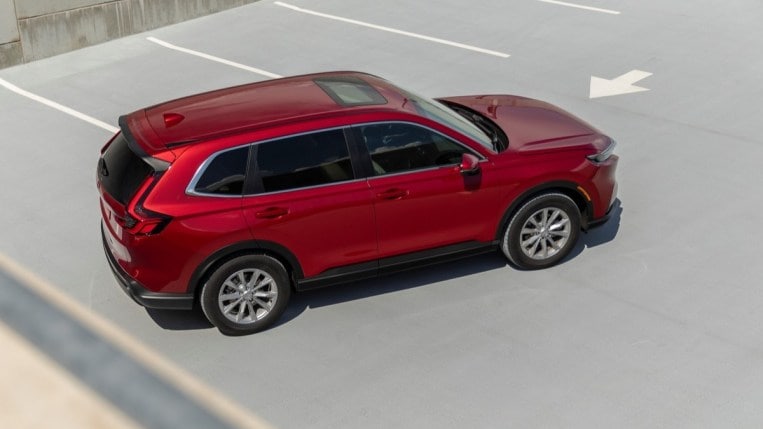 It’s an impressive feature list for an entry-level model and explains why not every buyer feels the need to step up to a more expensive version.

Higher trim levels add luxuries like leather seating, wireless Apple CarPlay and Android Auto, and a power liftgate with programmable height settings. Available AWD makes a difference where snow is in the forecast. But the CR-V EX is more than enough to meet the needs of many drivers and do it at a bargain price.

What else is there to like about the 2023 Honda CR-V EX? Let’s explore some of our favorite features.

If you haven’t needed to go to a car shop in a few years, you may be shocked to learn how high-tech driver assistance systems have migrated from luxury cars down to more affordable models.

We’re fans of Honda’s Traffic Jam Assist system, which works with the lane-keeping system, adding slight steering corrections at speeds below 45 mph right down to a complete stop. It’s not self-driving (there are no true self-driving cars on the market in 2023), but it makes your commute less taxing.

For many of us, our car can have an emotional impact on our lives. Prior generations of CR-V models have been outstanding, reliable cars. But they’ve looked like starter cars.

The new CR-V looks more refined and polished than any that came before. It also looks more sophisticated than most compact SUVs.

The new design is more rugged and muscular than much of its competition, which has an undeniable emotional effect. The CR-V no longer feels like an entry-level car. It’s a serious alternative to midsize vehicles and even low-end luxury cars.

That same emotional response continues inside. The new CR-V’s cabin looks stylish and discerning in a way that most cars in this price range don’t.

We’re particularly satisfied with how the central touchscreen is mounted high, so the driver doesn’t have to take their eyes off the road to check navigation cues or see what song is playing. The cool honeycomb line that horizontally bisects the dash is a graceful design note, too.

There’s no denying that more expensive trims look a little better. Contrast-color stitching on leather seats elevates any cockpit. But the CR-V EX looks more expensive than it is inside, a trait that ages well.

This generation of CR-V rides on a more sophisticated suspension than prior editions.

The front now rides on MacPherson struts — something Honda previously used for midsize vehicles. A variable-ration steering system is mounted to a stiffer subframe.

That led our test driver to say the new CR-V is “beautifully tuned” and “comfortable yet precise.” That’s language we’re accustomed to using about cars from Honda’s Acura luxury brand, not affordable compact SUVs. Honda engineers outdid themselves with the mechanics of the new CR-V.

Want to learn more about the CR-V and how it compares to the competition? Read our full Honda CR-V review or find Honda CR-V models for sale near you.