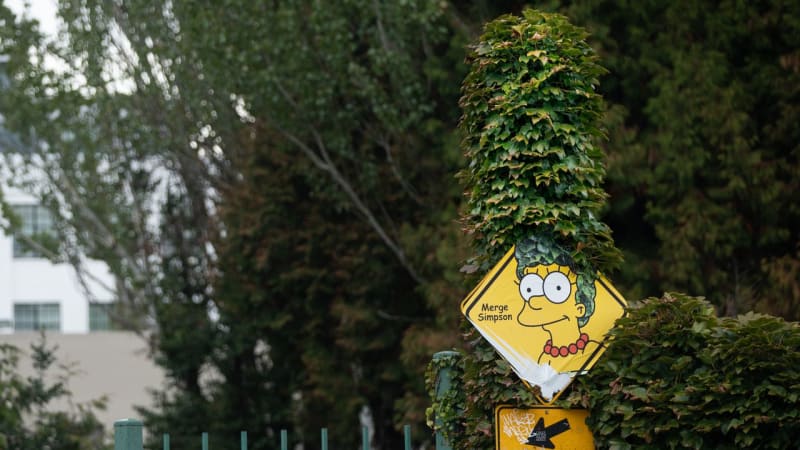 Portland never ever disappoints. An nameless an individual just lately took advantage of a development of ivy on a pole at the major of an I-405 onramp, and added a indication beneath it that reported “Merge Simpson.” As Nelson would say, ha-ha!

But The Oregonian stories that town officials, though undoubtedly tolerant of Portland’s inherent weirdness — this is the town that just renamed a nearby bridge Ned Flanders Crossing — could not let this individual joke stand. However, the likeness of Simpsons matriarch Marge coated up a pedestrian warning indication for the crosswalk at the freeway entrance. It is amusing, but you’d dislike to see a pedestrian get mowed down above it. So a town transportation crew has since taken Marge down.

Thankfully, Merge Simpson will dwell for good on social media. And in between this and the Flanders bridge, you have to surprise what’s following for “Simpsons” creator Matt Groening’s hometown. The Merge Simpson onramp is from Northwest Sofa Street, so maybe anyone can do anything with the sofa from the show’s opening credits. Also, a great deal of points in Portland could be viewed as Krusty.