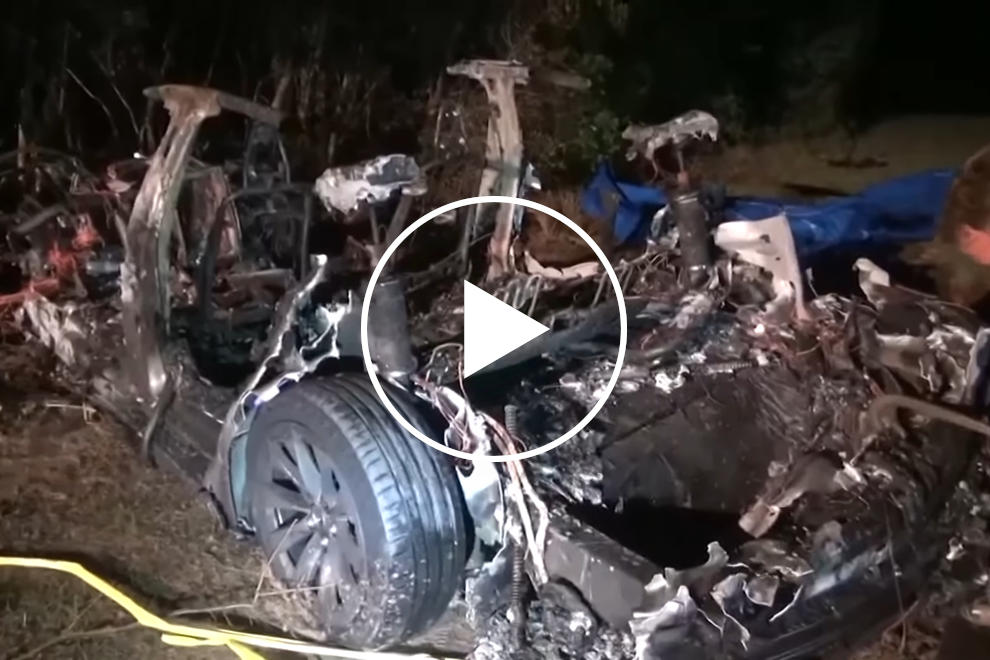 According to KPRC2 Houston, two men aged 59 and 69 were taking a 2019 Tesla Model S out for a test drive in Houston, Texas, last Saturday night. With Autopilot activated, the Model S failed to navigate a turn, careened off the road into some woods, and hit a tree, causing the car to burst into flames. It’s not known how fast the Model S was driving, but authorities say it was traveling at “high speed.” Tragically, both men died in the accident. Firefighters attempted to extinguish the blaze using 30,000 gallons of water, but the battery continued to burn for four hours. In the end, the firefighters decided to let the fire burn itself out.