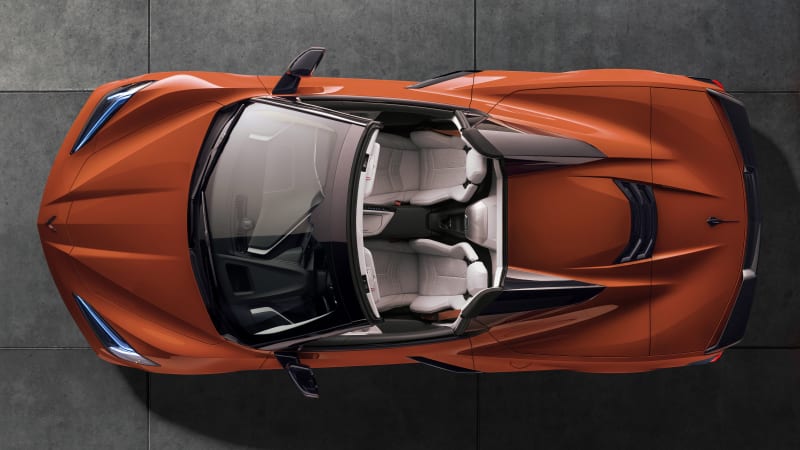 Having commenced production at the Bowling Green Assembly Plant at the beginning of February, the 2020 C8 Chevrolet Corvette was only going to get seven months of production out of its first year before the plant switched to the 2021 model. And then the coronavirus lockdown hit in mid-March. So now it seems the convertible Corvette, once intended to start production at the end of the first quarter of this year, might not get a 2020 model year at all.

Muscle Cars & Trucks noticed a video posted to the channel of Corvette megafan Rick “Corvette” Conti that touched on the droptop. The vid is actually an interview just over an hour long that team members at the National Corvette Museum conducted with Kai Spande, the Corvette assembly plant manager. The museum took questions from the public, and one man who has a Corvette convertible on order asked Spande about the chance of resuming production. Spande’s answer was, “Too early to tell. When we get back up and running will be one of the main determining factors” as to getting the convertibles down the line.

Spande wouldn’t be drawn out on when the plant would start back up, repeatedly cautioning the interviewers and questioners with some variation of, “We really… don’t know when the time will be right to restart.” He said that once given the nod to start the lines, the plant could probably get a few cars out the first day, hypothetically. In reality, though, the plant will need to check in with the 400 suppliers who send parts to Bowling Green to build Corvettes; Mexico, for instance, has shut down all non-essential manufacturing, which affects Corvette parts inventory. And on top of all that, Spande said GM will be deliberate with getting the workers back on station, saying, “We’re going to take a very, very structured approach to retraining our employees.”

There are hardtop production issues to sort that go along with considering convertible production. Last year’s UAW strike caused a six-week delay in starting manufacture of the Corvette coupe. From February 3, when the first 2020 Corvette came off the line, to March 20, when GM shut down the Bowling Green plant, Bowling Green workers built 2,695 cars. That span included rumors around March 10 of slow going on the first shift and the second shift getting laid off. GM has already informed dealers that some of the sold-out production allocation for the 2020 model year might not get built. The automaker said it will work with dealers to convert some 2020 cars into 2021MY orders, at the same time the automaker said it will open orders for 2021 a month early, in May. All of which is to say that even though GM has built pilot convertibles, it won’t come as a shock if the production models skip the intended first year.