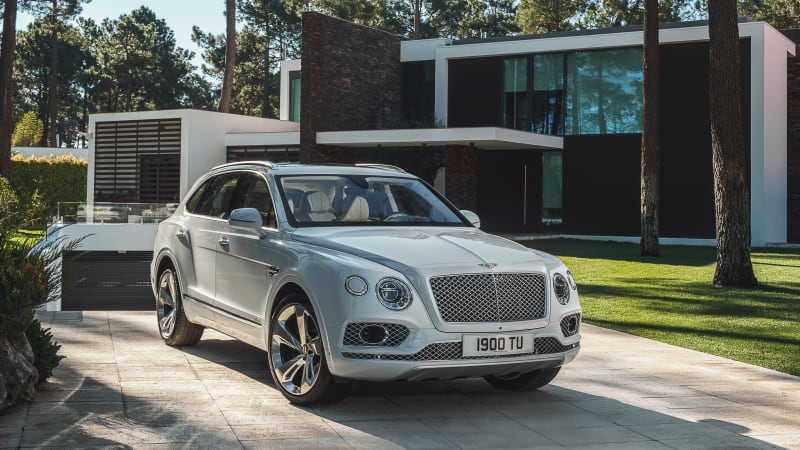 Official EPA fuel-economy ratings are out for the 2020 Bentley Bentayga Hybrid, the luxury brand’s first electrified offering, and they don’t exactly bathe the crossover in a green light. As spotted by Green Car Reports, the plug-in performs worse on the highway than its V8-powered combustion sibling.

The EPA rated the Bentayga Hybrid as delivering 18 miles in all-electric range, which is two miles more than Bentley previously touted, and a combined 19 miles per gallon in hybrid mode, which is indeed the most efficient of the three Bentayga versions offered. It’s rated at 17 mpg city and 21 on the highway.

By contrast, the 4.0-liter twin-turbo V8 version of the luxury crossover offers just 17 mpg combined, yet it delivers 23 mpg on the highway. Its overall EPA-rated highway range also beats the Hybrid, at 518 miles to 430 miles on a full charge and tank.

The Bentayga Hybrid combines a turbocharged 3.0-liter V6 and a 94 kilowatt electric motor that also functions as a generator. The system combines for 443 horsepower and 516 pound-feet of torque, with a 5.2-second 0-60 mph time. It sends that through an eight-speed automatic transmission driving all four wheels. Curb weight is a hefty 5,709 pounds. Base price starts at $160,000.

At any rate, both versions are well below the 27 combined mpg of the average 2020 vehicle, according to the EPA. The Hybrid’s fuel economy ratings suggest that buyers may be motivated less by concerns about carbon footprint than conveying the appearance of having those concerns.

Bentley has said its first full electric vehicle will be a dedicated model that will arrive in 2025 at the earliest, and possibly with a solid-state battery pack.